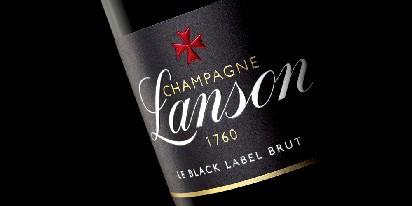 IT’S ALL ABOUT LOVE 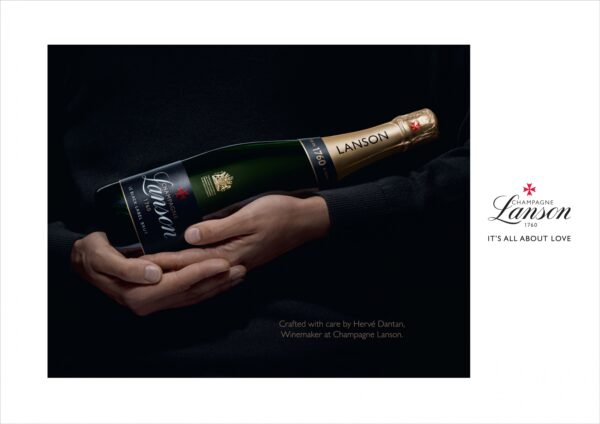 The House of Lanson was founded in 1760 by François Delamotte, an influential character in Reims society. Jean-Baptiste Lanson, a long-standing friend and later associate of the Delamottes, gradually began to play an increasingly important role in the management of the House. After an agreement between the two families, he succeeded Nicolas-Louis Delamotte on the latter’s death and renamed the business Maison J-B Lanson et Compagnie.

A Champagne pre-dominantly Pinot Noir, with a minimum of 30% Chardonnay bringing a perfect balance between body and finesse. The Champagnes are produced with a diversity of grapes coming from its own 150 hectares (the BCC group) and a precise selection from more than 500 other hectares. 50% of the grapes come from the best villages Grands Crus and Premiers Crus. 4 press-houses ideally spread in the vineyard.

The blending of Lanson Champagne is very precise, it involves 100 crus, 400 wines. 30% of reserve wines from 10 different vintages are used in the winemaking process. Lanson also conserves the Champagne’s original style, no malolatic fermentation is allowed to preserve the freshness of the wines. The aging time for all Lanson Champagnes is significantly longer than other Champagnes, Non Vintage for 3 years minimum; Extra Age, Noble Cuveé & Single Vineyard for 5 years minimum. Lanson Champagnes have 6 additional months of aging in cellars, the disgorgement date is also indicated.

Having been a key sponsor of Wimbledon for over 25 years and an official supplier since 2001, Champagne Lanson is delighted to be appointed as The Official Champagne Supplier to The Championships, Wimbledon for the next 5 years until 2019.

# ENOTECA is appointed as the Official Distributor of Lanson Champagne in Hong Kong.