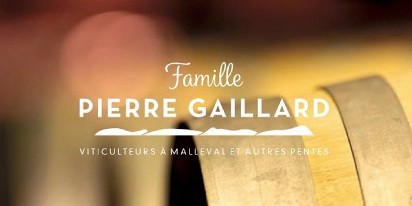 Posted at 15:19h in by et-user
About Pierre Gaillard

Pierre Gaillard is one of the most respected vignerons in the Northern Rhône. If there was a Guild of Master Northern Rhône Wine Craftsmen, Pierre Gaillard would probably be the President. In his early days in Vidal Fleury, he was the first one who discovered the potential of vineyard “La Turque”, which was still the property of Vidal Fleury at that time. He left Vidal Fleury & joined E. Guigal in the 80s, meanwhile he was a key member of Guigal’s winemaking team. Pierre convinced Guigal to purchase the land, planted the vines of La Turque by himself, and established the basis of the renowned Lalala from E. Guigal. The first vintage of Guigal’s La Turque in 1985 obtained a full mark in Wine Advocate rating, which proved his unique insight and remarkable winemaking ability.

In 1981, Pierre Gaillard purchased his first land in Malleval, which is located in Saint-Joseph AOC. After 4 years he started his own domaine using his own name. Now he has vineyards all around important AOCs of Northen Rhone, including Cote Rotie, Condrieu, Saint Joseph and Cornas.

# ENOTECA is appointed as the Official Distributor of Pierre Gaillard in Hong Kong.